What are osteoblasts and osteoclasts?

While both take part in repair, they differ in managing their function. Osteoblasts are responsible for growth and development. In contrast, osteoclasts play a role in the resorption and degradation of bony tissue.

Osteoblasts are uni-nucleated, cuboidal cells coming from the osteogenic cells in the periosteum. The periosteum is the tissue layer that protects the outermost surface. On the said surface, the osteoblasts appear as a densely-packed cell layer.

The rough ER, which manufactures and transports proteins, is abundant inside them. They also feature a prominent Golgi complex that packages the cell’s products. Their name “bone-forming cells” is due to their role in skeletal development.

They also aid in bone remodeling or healing. They secrete chemicals such as growth factors, osteocalcin, and collagen into the matrix. Alkaline and collagenase, enzymes necessary in bone- building, are also the product of osteoblasts.

These get trapped in the lacunae once the matrix surrounds the osteoblast. The lacunae are a collection of small, oblong spaces located between the lamellae. The entrapped cells develop into osteocytes, which are mature skeletal cells.

Osteocytes engage with the surface and receive nutrients through canaliculi. The canaliculi are long, slender transportation channels.

Osteoclasts arise from the monocytic cells or macrophages in the circulation. These are also present in the marrow cavity’s endosteum layer. The endosteum, a thin connective tissue, lines the inner medulla.

Osteoclasts are big and multinucleated. Their cytoplasm appears foamy and homogenous. They have microvilli, forming a brush-like structure extending to the active sites.

The “Howship lacunae” at the surface are where the osteoclasts are. Its cavity-like grooves are due to the enzymes secreted by osteoclasts. Examples are acid-phosphatases. These substances can dissolve the skeleton’s calcium, collagen, and phosphorus components.

As mentioned, the role of osteoclasts is to resorb bone to produce calcium. Bone resorption is the body’s response to low calcium levels in the blood. They secrete enzymes that break the bony complex down, releasing calcium into circulation. It is their primary function.

How do osteoblasts make bone?

We already know that osteoblasts are responsible for skeletal formation. This process, known as ossification or osteogenesis, means “production of new bones.” By producing a matrix that covers the surface of the older cells, they create new layers.

Ossification happens when mesenchymes and cartilages transform into bones. During the stages of development, most of the skeleton is cartilaginous. It allows the calcium to get deposited and grow, producing the body’s framework.

In the intramembranous ossification, the mesenchyme differentiates straight into the membrane. Examples of structures developed in such a way are the flat bones found in the skull.

The mesenchyme differentiates into osteoblasts and later begins to deposit osteoid. Osteoid is a term used to identify an unmineralized matrix rich in collagen. The bone-forming cells start depositing calcium phosphate into the osteoid tissue. This action aids osteoid maturation.

The osteoblasts transform to become osteocytes. The forming skeleton has no discernible pattern at first. The spicules become structured and merge into layers called lamellae. Around blood arteries, different lamellae grow, creating an osteon.

The osteon contains the Haversian canal system. Meanwhile, the other osteoblasts stay near the active site’s surface. They lay down lamellae that would later develop into compact bone. The intermediate bony structures between the surface plates remain porous.

It is worth noting that our skeletal system undergoes continuous remodeling until adulthood. As we live, bone cells die and get replaced. We can credit this to the coordinated functions of the osteoclasts and osteoblasts.

It entails the mesenchyme to produce cartilaginous models, then ossifies. Long bones, those in the extremities, vertebrae, and ribcage, come from cartilage.

Cell hypertrophy and calcium phosphate crystal formation are essential phases. Cell apoptosis and calcium matrix erosion are also inevitable. At the same time, a thin layer of tissue develops beneath the perichondrium. It causes it to transform into the periosteum, the outermost layer.

The diaphysis is where primary centers of ossification emerge. The process proceeds toward the epiphysis. The secondary centers appear in the epiphysis of long, bony structures in the first few years of life.

An osteon is a cylindrical structure that serves as the basic unit or building block of compact bone. The name osteon means “bone,” derived from its Greek origin. The primary functions of osteons include providing protection, structure, and strength.

Inside an osteon, we can find a mineral matrix and osteocyte units. The mineral hydroxyapatite makes up the skeletal matrix. It is high in calcium and phosphorus, as well as collagen.

Their cylindrical feature is due to the concentric layers, known as lamellae. Lamellae are round, concentric layers of tissue that surround a Haversian canal. They run parallel to its long axis. It is a beneficial feature as it helps in resisting stress or shock.

In the same layer, we can find the lacunae. The lacunae are chamber-like structures located between lamellae. It serves as the storage of mature osteocytes.

Where do osteoblasts reside?

Osteoblasts dwell in the periosteum’s innermost layer. Hence, they can add new layers inward to the endosteum. On the skeleton’s surface, they constitute a dense layer of cells. Their cellular processes extend throughout the active site, where it mineralizes the matrix.

The osteoblast formation occurs when osteogenic cells in the marrow’s periosteum & endosteum differentiate. It is also why osteoblasts are abundant in the connective tissues of these locations.

Do osteocytes have a Golgi apparatus?

Yes. Osteocytes have a Golgi apparatus along with other cellular organelles. An osteocyte is a type of cell found in mature skeletal tissue. They are unicellular with a stellate shape, their body sizing from 5-20 micrometers. They live in the cavities of osteons.

Osteocytes feature a single nucleus, a membrane, and a nucleolus or two. It also contains mitochondria, a smaller endoplasmic reticulum, and a Golgi apparatus.

We know that osteocytes are osteoblasts deposited in the matrix. They communicate through tiny canals called canaliculi. Nutrition and waste exchange happen in these canals.

Osteocytes are active in the turnover of the skeletal matrix. Also, they destroy bone using

osteocytic osteolysis. This process is faster and temporary compared to osteoclasts’ function.

Where is the Volkmann’s canal?

Perforating holes or channels, called Volkmann’s canals, are anatomic patterns in cortical bones. The Volkmann canals situate within osteons. They connect the Haversian canals to the periosteum and each other.

They have anastomosing vessels between Haversian capillaries and run to the Haversian canals. These tiny channels reach blood vessels from the periosteum to the inner surface. They are perforating canals that supply energy and nutrients to the osteons.

These canals serve to “perforate” lamellae and supply vessels for the core of osteons. Remnants of eroded osteons become irregular interstitial lamellae.

Osteoclasts provide calcium through the degradation of bony material. The thyroid gland regulates osteoclast formation. When the need for more calcium arises in the blood, the osteoclast hormone activates. When calcium levels are normal, they become suppressed. They’re also crucial for healing skeletal fractures.

Osteoclasts are bone-degrading multinucleated monocyte-macrophage derivatives. They are vital to humans’ continuous removal and replacement of skeletal matter. Thus, skeletal material can manage extracellular calcium activity, which is crucial for survival.

They dissolve bony matter with acid secretions and proteinases, dissolving the collagen matrix. The calcium-rich environment permits the osteoclast to maintain homeostatic calcium levels. There is a removal of degraded products via membrane vesicles transcytosis.

Interactions between osteoclast precursors and bone-forming cells govern osteoclast differentiation. The bony matter disintegrates into minute fragments, which the osteoclasts consume. Calcium and phosphorus get released into the bloodstream due to demineralization.

Where do dead bone cells go?

Human osteoclasts live for two weeks, osteoblasts for three months. Both experience apoptosis. Apoptosis, or programmed cell death, is how bone cells die. Apoptosis occurs in an estimated 50–70% of osteoblasts throughout rebuilding.

It is an essential component of embryogenesis and tissue morphogenesis. In adult skeletons, it contributes to physiological bone turnover, repair, and regeneration.

In a “zone of hypertrophy,” the developed chondrocytes in the lacunae undergo apoptosis. This zone is near the primary ossification center in the active site.

Osteoclasts die after eroding skeletal matter from the central axis in cortical bone. Phagocytes then remove these dead cells fast to make room for the new bony material. The majority of osteoblasts deposited at the remodeling site die as well.

Fleming, E. (2020, April 4). What is the function of the osteon? Sidmart in Bio. https://www.sidmartinbio.org/what-is-the-function-of-the-osteon/

Lakna, B. (2017, August 29). Difference between osteoblast and osteoclast. Pedia. https://pediaa.com/difference-between-osteoblast-and-osteoclast/

← What is fibroblast made up of?
What is cardiac muscle and its function? → 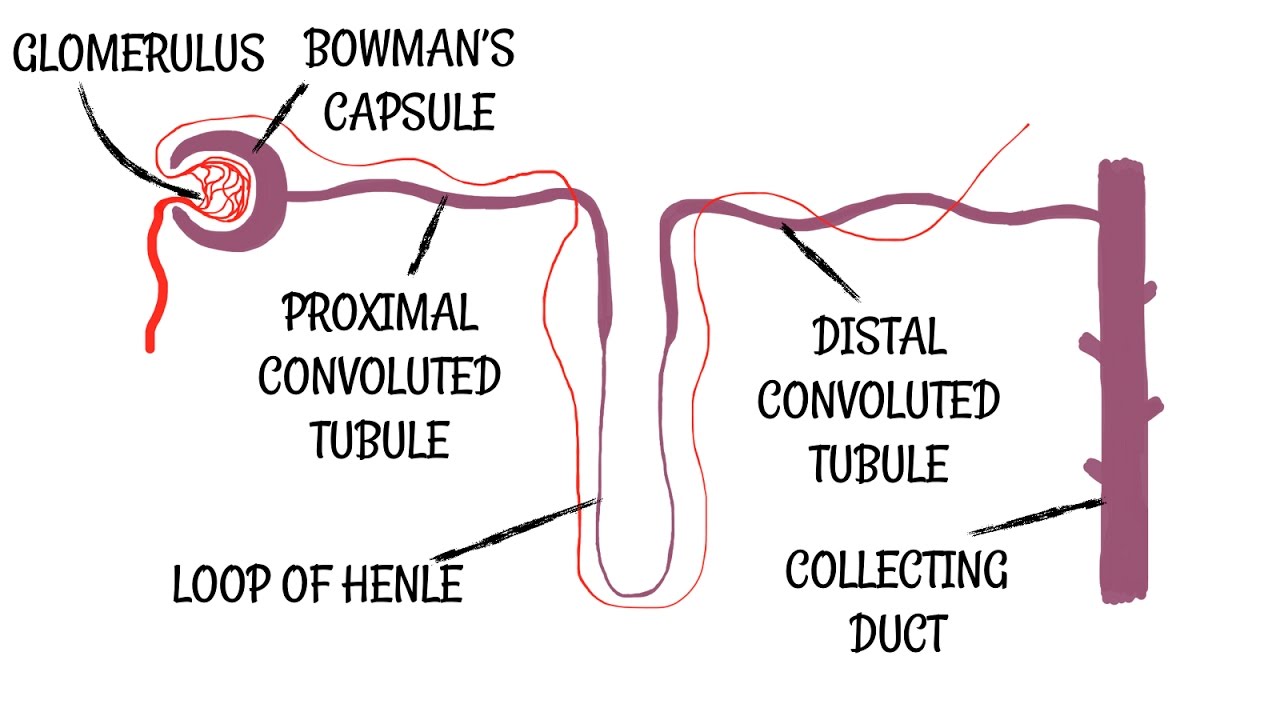